The Lie of Immortality Without Jesus

It is too bad so many people are so easily swayed by so-called scholars, experts and scientists to believe a certain way, especially when their message sometimes contradicts the proven word of God (the Bible). This is a common practice with the lie of evolution being taught as fact, but it doesn’t stop there! One world-renowned scientist, Ray Kurzweil, believes scientific advancements will let us live forever, but without Jesus. In July 2012, he was quoted as saying: 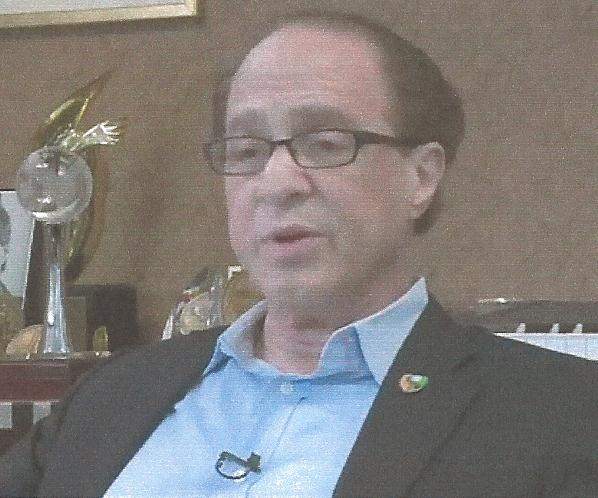 “I and many other scientists now believe that in around 20 years we will have the means to reprogramme our bodies’ stone-age software so we can halt, then reverse, aging,” he writes in The Sun. “Then nanotechnology will let us live for ever. Ultimately, nanobots will replace blood cells and do their work thousands of times more effectively.”

Of course, to teach that way one must ignore the infallible word of God. Sadly, Ray Kurzweil is a type of false teacher, but not readily recognized as one because he is a scientist. We will all die one day, including Ray Kurzweil:

Just as man is destined to die once, and after that to face judgment, so Christ was sacrificed once to take away the sins of many people; and he will appear a second time, not to bear sin, but to bring salvation to those who are waiting for him. (Heb 9:27,28)

Physical death is imminent, but the grave is not the end. Afterwards will come your judgment before the Lord Jesus (2 Tim. 4:1). While that is spiritual reality, Ray Kurzweil is focused merely on this temporal cursed life. He replaces the Lord Jesus and what he has done at the cross for us with scientific advancements. To him, it’s all about science, and genetic reprogramming.

You can have immortality and live forever WITHOUT future scientific advancements, but you must do it God’s way. His way points us to the Lord Jesus Christ, who is eternal life (1 John 1:2). We must have a submissive faith in him, which persists in doing good. Here are the facts:

In the way of righteousness there is life; along that path is immortality. (Prov 12:28)

To those who by persistence in doing good seek glory, honor and immortality, he will give eternal life. (Rom 2:7)

But it has now been revealed through the appearing of our Savior, Christ Jesus, who has destroyed death and has brought life and immortality to light through the gospel. (2 Tim 1:10)

The world and its desires pass away, but the man who does the will of God lives forever. (1 John 2:17)

This is the bread that came down from heaven. Your forefathers ate manna and died, but he who feeds on this bread will live forever. (John 6:58)

It seems that almost everything is contested in our day. Ray Kurzweil has done that with immortality, but that doesn’t mean he is right! He isn’t. When it comes to the spiritual, one shining and proven source outweighs everything else–the Bible. The Bible is the final word on any issue it mentions, and that includes immortality.

BTW, the wicked, who are not doing the will of God, will not see immortality, but that doesn’t mean they will be annihilated, for they won’t be. To have Jesus and be in God’s presence is LIFE. To be separated from God is to be spiritually LOST and DEAD. In the end the wicked will be separated from God and life eternal and be in the lake of fire (the second death). Hence, they won’t have immortality, but will be conscious and in torment in the same lake of fire with the devil and his angels forever and ever (Rev. 20:10 cf. 20:15). The unrighteous will not inherit the kingdom of God (1 Cor. 6:9,10).