King Asa’s End of Life Departure From The Faith

Elderly saints, listen carefully and TAKE WARNING from King Asa! Don’t rest in the fact that you followed Jesus for many years, even decades. Others have too, then afterwards departed from the faith to their spiritual death and hell! 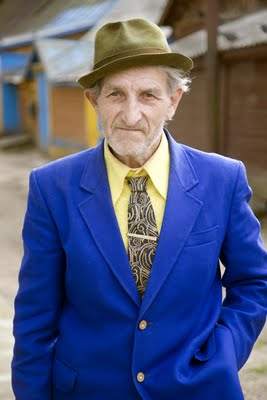 It has happened and could happen to you! These undeniable facts prove as long as we are alive, we will have to walk guarded and keep our lamps burning. The devil will never stop trying to recapture your soul. If you grow lukewarm at any age you will be spued out of Jesus’ body (Rev. 3:16). There is NO retirement for the servants of God, as with the world. Jesus taught his disciples, All men will hate you because of me, but he who stands firm to the end will be saved (Mat 10:22). The long list of those who have departed from the faith over various issues and temptations should be enough to cause us all to be very careful, but it becomes even more scary when we consider that some of the ones who turned away were in their later years, at the very end of their lives, like King Asa!

King Asa had a very impressive start with God. In fact, he was fully committed until the time of about five years before his death (2 Chron. 15:17). During the time when he was faithful we see that even his own grandmother’s idolatry wasn’t tolerated:

King Asa also deposed his grandmother Maacah from her position as queen mother, because she had made a repulsive Asherah pole. Asa cut the pole down, broke it up and burned it in the Kidron Valley. Although he did not remove the high places from Israel, Asa’s heart was fully committed to the LORD all his life. (2 Chr 15:16,17)

After that, in the 36th year of his reign, King Asa’s heart started to backslide. Here it is chronicled, showing a very sad downhill slide away from God:

In the thirty-sixth year of Asa’s reign Baasha king of Israel went up against Judah and fortified Ramah to prevent anyone from leaving or entering the territory of Asa king of Judah. Asa then took the silver and gold out of the treasuries of the Lord’s temple and of his own palace and sent it to Ben-Hadad king of Aram, who was ruling in Damascus. (2 Chr 16:1,2)

King Asa’s sin there is revealed to be his reliance upon a mighty army with great numbers of chariots and horsemen rather than the LORD (2 Chr 16:8). The prophet that pointed such things out caused King Asa to get angry with him. In fact, he was so enraged that he put him in prison! At the same time, Asa brutally oppressed some of the people (2 Chr 16:10)! More sin is revealed in Asa’s life:

Two years before his death, King Asa was physically afflicted, yet never went to God for healing! He only went to physicians of the day, until he died! At an earlier point in his reign, a prophet told King Asa:

Listen to me, Asa and all Judah and Benjamin. The LORD is with you when you are with him. If you seek him, he will be found by you, but if you forsake him, he will forsake you. (2 Chr 15:2)

No Seniority With God

Folks, there is no seniority with God. Where you are spiritually at the point of your death determines if you go to God’s paradise kingdom or eternal fire. Asa forsook God toward the end of his life and God forsook him (2 Chron. 15:2)! There is no evidence to show he returned. His departure from the faith happened after dozens of years of being fully committed to God! Saints, remember King Asa and hold on to what you have so that no man will take your crown (Rev. 3:11). Timothy was told to fan into flame the gift within him (2 Tim. 1:5-7), implying he might have been cooling off too! Note the tendency. It is not to automatically grow, mature or become more zealous. Again, be dressed ready for service and keep your lamps burning (Luke 12:35). Guard your life:

If I tell the righteous man that he will surely live, but then he trusts in his righteousness and does evil, none of the righteous things he has done will be remembered; he will die for the evil he has done. (Ezek 33:13)

We have come to share in Christ if we hold firmly till the end the confidence we had at first.  (Heb 3:14)

This entry was posted in Backslider, King Asa’s End of Life Departure From The Faith and tagged apostasy, departure from the faith, fall away, king asa, no retirementt, no senority with God. Bookmark the permalink.