Mommy Why Do People Have To Die

As a little Catholic boy, decades ago I asked my mother, “Why do people have to die,” as she was cleaning the bathroom. Tears came to her eyes and she answered, “I don’t know why.”

Greedy As The Grave

Now that I have been reading and studying the Bible for decades, the answer is simple. 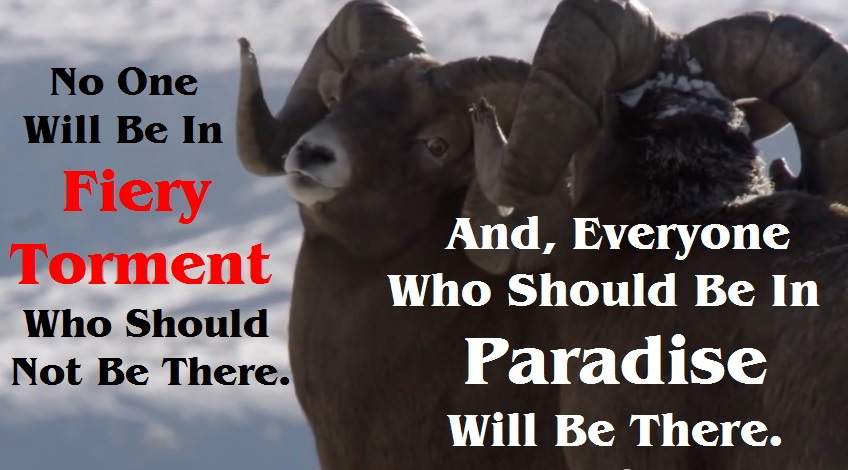 It’s because of Adam’s sin. Death now is all around us as it continues to gobble up families, friends and neighbors with nobody escaping! The Bible says “death is never satisfied” and uses the phrase, “greedy as the grave” (Hab. 2:5) to also convey this reality.

The Way of All The Earth

The Bible also uses the words, the way of all the earth (Josh. 23:14; 1 Kings 2:2) to describe death. In our age now, every living thing dies, including trees, animals, insects and people. Death is part of this uncertain life and the end of our life-long earthly test, which varies for us all.

Often when I speak to people about salvation I tell them we are dead meat waiting to happen, to grab their attention and try to wake them up! It is too easy for people to put off making sufficient preparations for their own departure. This planning has nothing to do with funeral preparations, such as a will or anything else in this natural world, as insightful as they all might be. To make sufficient preparations for death we must be at peace with God! That is the all-important preparation we must all make. One is at peace or at enmity with God at any given point. You might think, you are not at odds with him, but he is at odds with YOU because of your sins, UNLESS they are forgiven and your heart is currently PURE! Too many have been deceived by a whole host of DANGEROUS religious teachers and preachers who have minimized the sin issue. How common and disturbing to hear people say of someone who died, that he/she is in “heaven now without suffering.” Though that is a possibility, it is NOT the typical way it occurs, unfortunately! We would all like to believe in some universal salvation where everyone automatically goes to a Paradise, as most deceptive Near Death Experiences suggest, but Bible truth is far different!

A Dialog From Hades

The most unique part of the whole Bible on this topic is the actual dialog that occurred between righteous Abraham and a lost soul, a rich Jew. This teaching is typically called The Rich Man and Lazarus (Luke 16:19-31). Clearly, that lost soul was in fiery conscious TORMENT after his death. While that man was alive, he lived in luxury daily, but he had a very rude and nightmarish change after his death!

Among other truths, that lost soul knew then, from the fiery torment he was in, that REPENTANCE is what is needed to prevent one from having the same fate. Hence, he wanted his brothers to get that message and repent to avoid going to where he was.

He also tried to send a message to them from beyond the grave, but none would be sent! Hence, all seances are a demonic deception. In fact, to even go to one, or have any involvement in any form of Spiritism,  is a wicked abomination and needs to be repented of. IF you lost a loved one, that person does NOT want you to go to Hell where the lost are, even if he/she is there now!

One final truth that has brought us comfort regarding our departed family members is this, and it is worthy of remembering: No one will be in fiery torment who should not be there; and everyone who should be in Paradise will be there! If your departed loved one went to heaven, you’ll not be with them unless you get Biblically saved (Acts 20:21) and endure to the end afterwards (Mt. 10:22).

Based on the above, have you made adequate preparations for the inevitable? Are you making your life count for God NOW? Do it while you still can! Your short life is speeding by and will soon be ended.

This entry was posted in Death, Mommy Why Do People Have To Die and tagged death preparations, eternal life, funeral preparations, Occult, peace with God, rich man and lazarus, salvation, seance. Bookmark the permalink.