Pharmakeia Sorcery and the Bible

The issue of sorcery, the Greek word pharmakeia and the usage of medicine as mentioned in the Bible (Gal. 5:20; Rev. 9:21; 18:23) has become a controversy for some in our day. 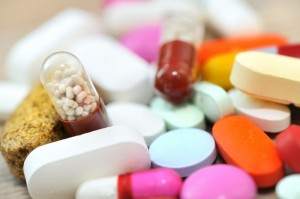 Such has sometimes resulted in the undue condemnation of taking medicine needed by many sick and injured people! This controversy revolves around the Greek term pharmakeia, which is usually translated in English Bibles as sorcery, the magic arts or the like.

Pharmakeia is the Greek word from which we get the English term pharmacy (drugstore). Because of that connection to the pharmacies of our day, where medication prescribed by medical doctors is dispensed to the sick and injured, some have wrongly concluded that taking any drug or medication is what is condemned in the New Testament (Gal. 5:19-21; Rev. 21:8; etc.)! While it is true that the term, pharmakeia has various possible translations, which include medication (as well as sorcery, magic and witchcraft), that doesn’t lead us to a Biblical condemnation of taking medicine.

I remember speaking with individuals, on different occasions, who adamantly believed the Bible condemned taking medication from doctors. They essentially exonerated sorcery as being condemned in the NT, as their errant explanation radically shifted away from witchcraft to sick people taking medication for physical problems! [NOTE: Witchcraft is clearly condemned in the strongest terms in the Bible (Deut. 18:10-12) and taking a type of medicine to be physically healed is NOT (1 Tim. 5:23; 2 Kings 20:7).] One of those individuals had a close relative who was involved in a form of witchcraft, which might have been partly why he reasoned as he did. Also, I noticed the same types of people say only certain medications are condemned, while other medication dispensed through the same pharmacies are okay to take!

Pharmakeia Drugs in the Bible

So why is it erroneous to teach the Bible condemns pharmakeia as taking medication through a medical doctor for the sick or injured? Furthermore, if taking medications is condemned, then we should ask why has it never been translated that way by any reputable translation in any NT verse where the usage of pharmakeia is found? To answer why, we simply need to note that in witchcraft, sorcerers take drugs to get visions, hallucinations and to contact spirits! Hallucinogenic and mind altering type drugs are used in sorcery to contact spirits and to have visions for occult purposes. That is a key to understanding this whole issue. They don’t use their drugs to provide help to their weakened physical condition and they weren’t prescribed by medical doctors for such. Their drug usage is associated with witchcraft, which also extends to potions, spells and enchantments. Again, their usage of drugs has nothing to do with sick or injured people taking medication, as prescribed by medical doctors.

Witchcraft flourishes in South America among the Jivaro people.  Note their usage of the drug natema:

Witches flourish among the Jivaro. Probably few societies in the history of man have had as many witches per unit of population as they. They do not claim as a people to have a superior aptitude for magic. Rather, they are grateful for having available to them a superior means of uncovering occult talent. Natema, a powerful hallucinogenic drug, perhaps more effective as a mind-bender than LSD, is the key to Jivaro sorcery. Their witches say that natema is the door to the real universe, and that the world the non-user experiences is a pitiable illusion. Natema, the witches say, arouses the senses. Once its power has entered the human body, a man sees with his own eyes the world of the spirits that is invisible to him without the drug. The usual invisibility of the spirits does not reduce their impact on the world of man. Therefore, according to the Jivaro, it is only good sense to drink natema as the first step toward becoming an actor in the supernatural universe rather than an object being acted upon. (Witchcraft: Past And Present by Marika Kriss, Sherbourne Press Inc; 1970, p. 54-58, emphasis mine)

In sorcery, the use of drugs, whether simple or potent, was generally accompanied by incantations and appeals to occult powers, with the provision of various charms, amulets, etc., professedly designed to keep the applicant or patient from the attention and power of demons, but actually to impress the applicant with the mysterious resources and powers of the sorcerer. (W. E. Vine, An Expository Dictionary Of New Testament Words, Fleming H. Revell Co., 1966, Vol. 4, p. 52, emphasis mine. )

One example of how pharmakeia is used in Scripture is found in Rev. 18:23. There it shows how pharmakeia (sorcery, witchcraft, magic or medication) of that type is used and the result:

The nations were deceived by taking that type of pharmakeia (medication or sorcery), but it surely didn’t come from the pharmacies of our day, as prescribed by medical doctors for the purpose of helping the sick and/or injured. Moreover, it surely wasn’t swallowed as pills are, to be deceived!

Just like the Jehovah’s Witnesses who would deny a blood transfusion to save a life, some evangelicals have now also been misled to think taking medication is Biblically condemned! The trouble and premature deaths that have resulted from such were all in vain and unnecessary. Folks, if you live long enough, your physical body will weaken and die. The dying process can be slow where medication is needed to sustain life and ease pain. The Bible’s NT usage of pharmakeia does NOT condemn that, but surely does condemn sorcery (or witchcraft). If you have been involved in sorcery, you can be delivered from going to the lake of fire (Rev. 21:8), forgiven and set free from your sin addictions, but only through the Lord Jesus Christ.

Remember, the aforementioned truths about pharmakeia sorcery and the Bible.