Famous Rick Warren who wrote, The Purpose Driven Life and taught eternal security, has lost his son to suicide. 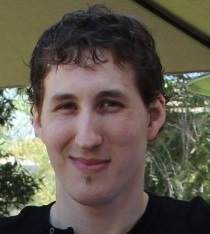 (See picture to right. Photo Courtesy Saddleback Church.) Could it be that the spiritual snare of eternal security led to his suicide, as it has others? Do you remember George Sodini? Sodini murdered others then committed suicide, as he also wrongly thought he’d go to heaven afterwards because of that same false teaching and heresy!

Matthew Warren, 27, is said to have suffered from lifelong mental illness, but was also a once saved always saved proponent. That lead to the following revealing conversation he had with Rick Warren, who stated:

“I’ll never forget how, many years ago, after another approach had failed to give relief, Matthew said, ‘Dad, I know I’m going to heaven. Why can’t I just die and end this pain?'” Warren wrote. “But he kept going for another decade.” (http://gma.yahoo.com/pastor-rick-warrens-son-commits-suicide-210804226–abc-news-topstories.html?pt=bureof2gvb?date=20220706)

Though the eternal security teachers have gotten rich and popular by changing grace into a license to sin, they have also laid a deadly snare before their followers, including their own beloved families!  One can only wonder if Matthew Warren would still be alive, if he knew the truth about the Christian life and what happens to a suicide?  May all eternal security teachers take warning and learn from this tragedy associated with Rick Warren’s son!