The Secret Life Of A Christian

Some people believe that everyone has three different personas, which they present to the world. The first one is before people in general, the second one is before their family, and third is a secret life hidden from people involving lust, greed, theft, hate, revenge, envy, crime, etc.! Notice what God’s word declares about what sinful people do in secret: 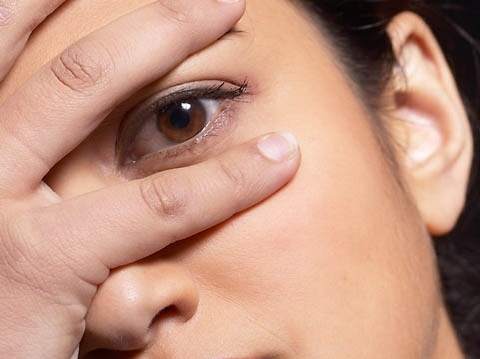 For it is shameful even to mention what the disobedient do in secret. (Eph 5:12)

While it may be true that all non-Christians (the disobedient) have three different lives, it is absolutely inaccurate to say that Christians do! Real Christians are moral. They follow Jesus. That means their natural family and people in general will observe their godly behavior. As far as a secret life, Christians don’t have one which involves sin (like the unrighteous), but they do have a secret life! Their secret life, in general, involves putting into practice the word of God (Lk. 8:21). Sometimes that will be open and non-secret, but not always:

In the same way, good deeds are obvious, and even those that are not cannot be hidden. (1 Tim 5:25)

Their secret life includes praying, fasting and giving to the poor. Jesus specifically taught, through those righteous acts, his followers can get a reward from God, if they are done with the right motive!

But when you give to the needy, do not let your left hand know what your right hand is doing, so that your giving may be in secret. Then your Father, who sees what is done in secret, will reward you. (Mat 6:3,4)

But when you pray, go into your room, close the door and pray to your Father, who is unseen. Then your Father, who sees what is done in secret, will reward you. And when you pray, do not keep on babbling like pagans, for they think they will be heard because of their many words. Do not be like them, for your Father knows what you need before you ask him. (Mat 6:6-8)

When you fast, do not look somber as the hypocrites do, for they disfigure their faces to show men they are fasting. I tell you the truth, they have received their reward in full. But when you fast, put oil on your head and wash your face, so that it will not be obvious to men that you are fasting, but only to your Father, who is unseen; and your Father, who sees what is done in secret, will reward you. (Mat 6:16-18)

NOTE: If those righteous acts are done with the wrong motive, that is, to be honored by men here and now, you will lose your reward!

All a man’s ways seem innocent to him, but motives are weighed by the LORD. (Prov 16:2)

Why Rewards Are Lost

Mt. 6:1-18 is the only passage in the Bible which tells us why rewards are lost. It is not like what Charles Stanley, and other eternal security teachers say, that rewards are lost through adultery, murder, drunkenness, suicide, etc. while the person remains saved! That is a demonic distortion of the Christian image. If a Christian does righteous acts with the wrong motive, he will lose his reward! Remember that. That is the key in understanding 1 Cor. 3:15 and the saved so as by fire argument used to support a license to sin by the grace changers, including Dave Hunt.

This entry was posted in Christian, Secret Life Of A Christian and tagged fasting, giving to the poor, lose rewards, motives, praying, rewards, righteous acts, secret life. Bookmark the permalink.