Sudden Destruction – I Am In Shock

Hi Dan, for the last 6 weeks or so I have been friends with a young couple I have been sharing the Lord with. His name is [Boyfriend] and hers [Wife].

[Wife] is in a covenant marriage with another man and her and [Boyfriend] kicked him out of the home and [Boyfriend] moved in. They both claim to believe in Christ but when I asked them about their relationship they were not ashamed at all. 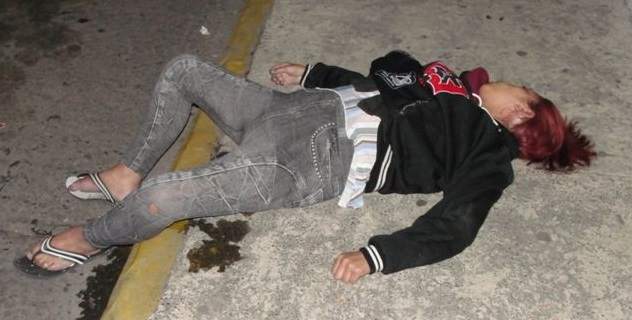 Last week I came to my wits end as they refused to repent so I asked my Bible study fellowship last Tuesday to pray for my discernment what I should do. Last Friday I talked with [Boyfriend] on the phone and I told him that Jesus told someone to go and sin no more lest a worst thing came upon them.

The very next morning at 1:00 am they were getting drunk in the street and a car came and ran [Wife] over and killed her. [Boyfriend] told me that same day (last Saturday) and he moved out of the home and went to stay with a neighbor. He is devastated. I’m amiss to say anything right now as I am in shock too. What should I say to him now? Any ideas?

[Bible Answer] THANK YOU for sharing this with us and warning them both. Her blood won’t be on your hands [and neither will his]. Their claiming salvation while being in ADULTERY and DRUNKENNESS is par for the course in our WICKED DARK DAY. She has no more chances to be cleansed from her sins through repentance. SUDDEN DESTRUCTION came on her just like it says in Proverbs 29:1. Hopefully, [Boyfriend] will do some serious repenting, while he still can. None us knows when we are going to depart and we must stay ready to go. We must FEAR GOD. Sin is nothing to play with. Psa. 4:4 is relevant.

Years ago, a man with a sordid background including prison time told me he was once an atheist before he repented and became a preacher. He spoke out loud and said, “If there is a God let him kill my firstborn.” Within the hour a car hit and killed his firstborn in front of his house!

Getting back to [Boyfriend]. I would tell him to learn a lesson from what happened and not play with sin ever again. Tell him he is NOT a true Christian and is in dire need of repentance for salvation’s sake. He might be a once saved always saved proponent. In that case you already know how to refute that LIE FROM THE DEVIL. GOD BLESS YOU. Remember 1 Cor. 15:58.

This entry was posted in Bible Answers, Sudden Destruction - I Am In Shock and tagged adultery, drunk, living together, sexual immorality, sudden destruction. Bookmark the permalink.