Becoming captive to sin again AFTER being previously set free from sin addictions can happen! After the point of salvation different temptations and false teachings will confront the Christian. Some will be very strong and alluring. Some will be sudden and come when you least expect them. You must walk alert and self controlled. 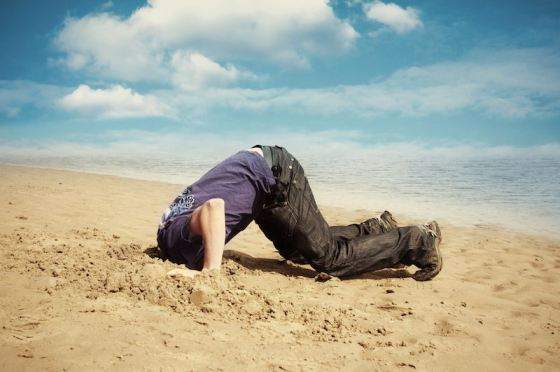 IF one gets deceived somehow and yields to sinful enticement such as sexual temptation or drunkenness he  must quickly and wholeheartedly repent again to restore his personal salvation and be set free. IF he doesn’t, he will be overcome and become captive to sin again as a backslider. To deny this is to ignore all the scriptures and observable evidence around us and to become like an ostrich with his head in the sand. Such doesn’t change reality. It will only make such ostrich-like people easier prey! Becoming a slave to sin AGAIN happens and that is why various GRACE truths are stated:

A direct warning about this was given by Peter, thereby showing it is a real possibility and danger:

As obedient children, do not conform to the evil desires you had when you lived in ignorance. But just as he who called you is holy, so be holy in all you do; (1 Pet 1:14,15)

Hope For The Backslider

Remember, it was Peter who wrote that and who also sternly rebuked Simon of Samaria, for his backsliding:

Repent of this wickedness and pray to the Lord. Perhaps he will forgive you for having such a thought in your heart. For I see that you are full of bitterness and captive to sin. (Acts 8:22,23)

Peter taught the remedy for Simon’s backsliding was biblical REPENTANCE. Simon didn’t sin beyond repentance and forgiveness, like the ones in Heb. 6:4-6 who blasphemed the Holy Spirit! There is definite hope and good news for apostates, if they sincerely turn back to God. Furthermore, Simon would have to pray to God for himself to get forgiven. [NOTE: Peter, whom Catholics say was the first Pope, never wanted Simon to confess his sins to him, as Catholics do to their priest!]

Captive To Sin Again – Entangled By Sin and Overcome Again

If they have escaped the corruption of the world by knowing our Lord and Savior Jesus Christ and are again entangled in it and overcome, they are worse off at the end than they were at the beginning. It would have been better for them not to have known the way of righteousness, than to have known it and then to turn their backs on the sacred command that was passed on to them.  Of them the proverbs are true: “A dog returns to its vomit,” and, “A sow that is washed goes back to her wallowing in the mud.” (2 Pet 2:20-22)

How do we overcome evil after initial salvation under grace? ANSWER: By doing good:

That is a broad term which simply means by putting God’s word into practice (Lk. 8:21) and living holy. Becoming captive to sin doesn’t have to happen. You can remain holy, righteous and blameless like Paul and his co-laborers were (1 Thess. 2:10). Christians do NOT sin all the time and must be overcomers.

This entry was posted in Backslider, Captive To Sin Again, Uncategorized and tagged addicted to sin, backsliding, captive to sin, heb. 6:4-6, repentance, simon of samaria. Bookmark the permalink.