The practice of Catholic priests molesting helpless children and being protected, to some degree, by the Catholic church itself, has resulted with multitudes of innocent children being victimized over the centuries. It is especially disgusting when criminals like, Gerald Francis Ridsdale, say his own wicked and perverted tendencies were God’s work! It is revolting, but it is also reality: 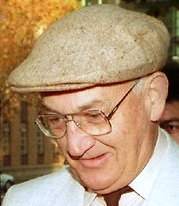 In raping a four-year-old girl, he told her she was “God’s little angel.” Mr Ridsdale has admitted his guilt in sexually abusing 45 children that spanned 20 years from 1961 up to 1980. One of his victims, who was under the care of the Catholic diocese, said she [was] indecently assaulted during holiday drives when she was between 10 and 13 years old. “I trusted you, Gerald Ridsdale, you represented God and all that is good,” she said as she read her victim statement on Tuesday to the Victorian County Court. “You exploited, manipulated and humiliated me while you hid behind the veil of the church.” Several of his victims said they had lost faith in the Catholic Church because despite knowing about the paedophile priest ungodly acts, the institution still refused and failed to act on complaints. “I’m unable to have any faith in them as an organisation,” one said in his victim statement. ( http://au.ibtimes.com/art/services/print.php?articleid=543951   )

Catholicism is rampant with idolatry (worshiping the Eucharist as God, bowing before and/or kissing Mary statues, etc.). Scripture says such sin leads to God turning people over to homosexuality. That scripturally explains why so many Catholic priests are homosexual:

Therefore God gave them over in the sinful desires of their hearts to sexual impurity for the degrading of their bodies with one another. They exchanged the truth of God for a lie, and worshiped and served created things rather than the Creator–who is forever praised. Amen. Because of this, God gave them over to shameful lusts. Even their women exchanged natural relations for unnatural ones. In the same way the men also abandoned natural relations with women and were inflamed with lust for one another. Men committed indecent acts with other men, and received in themselves the due penalty for their perversion. Furthermore, since they did not think it worthwhile to retain the knowledge of God, he gave them over to a depraved mind, to do what ought not to be done. (Rom 1:24-28)

Child Molestation In The Confession Box

Getting back to Gerald Francis Ridsdale, one young girl was molested in the confession box!

Mr Ridsdale told a 4-year-old girl she was “God’s little angel” as he groomed her prior to abuse, the court heard. It was also learned that he abused her on another occasion, right inside the confessional box after telling her she needed to be punished for her sins. “I was ordered to the prayer, ‘Forgive me Father for I have sinned,” before he abused me. I felt like dying,” she said. (ibid.)

The real gospel has the supernatural ability to set one free from his sin addictions, including all sexual sin. The remedy is first found in truth, as written in God’s word (2 Tim. 3:16,17), which points us to JESUS, the real “life, sweetness and hope,” and not Mary as proclaimed in the rosary counterfeit gospel.

[This is the same religious system that Word Faith leader, Kenneth Copeland is agreeing with for Unity! Various other so-called leaders in our day are also favorable towards Catholicism, including Billy Graham!]