Jealousy is a sin, which can be directed against the successful and/or favored, and has led to murder at times and other detestable actions from those moved by it. Jealousy is also from the flesh (or sinful nature) and has dragged people to hell, according to Gal. 5:19-21. 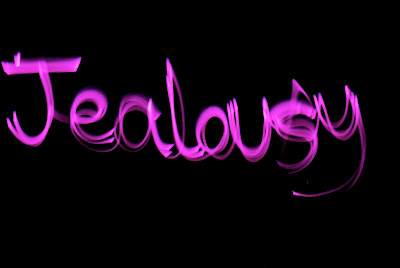 There are various ways to be tempted with jealousy or to be the innocent victim of jealousy from another, even in ministry! Faithful Christians need to be aware of others becoming jealous of them and reacting in an ungodly fleshly and damaging way because of their fruitfulness. How the devil must love it when he can incite others to jealousy against the faithful in ministry, for scripture says who can stand before jealousy? (Prov 27:4). Even the brothers of Joseph were jealous of him and sold him as a slave (Acts 7:9)!

One can be innocent, faithful and diligent, as a servant of God, and be viciously attacked because of jealousy, as the Apostles were:

Crowds gathered also from the towns around Jerusalem, bringing their sick and those tormented by evil spirits, and all of them were healed. Then the high priest and all his associates, who were members of the party of the Sadducees, were filled with jealousy. They arrested the apostles and put them in the public jail. (Acts 5:15-18)

On the next Sabbath almost the whole city gathered to hear the word of the Lord. When the Jews saw the crowds, they were filled with jealousy and talked abusively against what Paul was saying. (Acts 13:44,45)

Some of the Jews were persuaded and joined Paul and Silas, as did a large number of God-fearing Greeks and not a few prominent women. But the Jews were jealous; so they rounded up some bad characters from the marketplace, formed a mob and started a riot in the city. (Acts 17:4,5)

As a Christian can be filled with the Holy Spirit, others are filled with jealousy! The aforementioned three references show how religious people got jealous of the Lord’s disciples after they saw the crowds and ministry success they were having. Jealousy motivated the children of the devil to oppose the disciples by: (1) having them arrested, (2) talking abusively against their teaching and (3) starting a riot. That was jealousy controlling the enemies of truth and God.

After David killed Goliath and the women in song and dance praised David ten times more than Saul, he became angry and jealous of David. That led to attempted murder, proving jealousy can lead to that:

When the men were returning home after David had killed the Philistine, the women came out from all the towns of Israel to meet King Saul with singing and dancing, with joyful songs and with tambourines and lutes. As they danced, they sang: “Saul has slain his thousands, and David his tens of thousands.” Saul was very angry; this refrain galled him. “They have credited David with tens of thousands,” he thought, “but me with only thousands. What more can he get but the kingdom?” And from that time on Saul kept a jealous eye on David. The next day an evil spirit from God came forcefully upon Saul. He was prophesying in his house, while David was playing the harp, as he usually did. Saul had a spear in his hand and he hurled it, saying to himself, “I’ll pin David to the wall.” But David eluded him twice. (1 Sam 18:6-11)

David was not trying to make Saul jealous. He was just doing what he could to remedy the Goliath problem and was successful through faith in God. The spotlight focused on David as Israel’s favorite and away from Saul, and Saul didn’t like it. Saul’s sinful nature took control and his behavior towards David changed for the worse because he became jealous. In Saul’s jealous mind, David became his enemy because of his success with Goliath and the favor of Israel.

Jealousy Is Of The Sinful Nature (Flesh)

Jealousy is an act of the sinful nature and must be guarded against.

Guard against jealousy and be aware that others will probably be unjustly jealous of you, if you are fruitful and faithful to God! Each Christian has a different spiritual race and different set of gifts. Run your race faithfully, but don’t compare yourself with others (2 Cor. 10:12). Remember, the devil is looking for someone to devour. Don’t let jealousy or jealous people take you down.