Commended For Their Faith

Sadly, there are church many who think if people are commended for their faith before God, it is because their faith has produced miracles, extraordinary healings and/or material prosperity! People who want spiritual signs and wonders are wide open for lethal deception. Jesus said it was a wicked and adulterous generation which seeks after a miraculous sign (Mt. 16:4).

The Christian life is rough and filled with many dangers, problems and disappointments. The saints are in a hostile environment here as aliens and strangers traveling the hard road to life (Mt. 7:14). That is the real Christian life, but not the kind usually presented today: 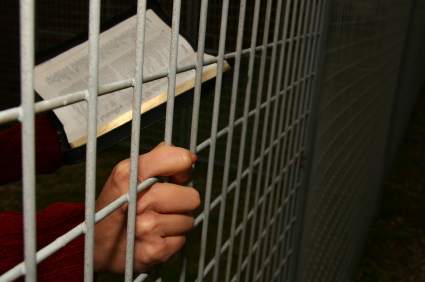 Others were tortured and refused to be released, so that they might gain a better resurrection. Some faced jeers and flogging, while still others were chained and put in prison. They were stoned ; they were sawed in two; they were put to death by the sword. They went about in sheepskins and goatskins, destitute, persecuted and mistreated– the world was not worthy of them. They wandered in deserts and mountains, and in caves and holes in the ground. These were all commended for their faith, yet none of them received what had been promised. (Heb 11:35-39)

Those early saints were commended for their faith and their commendable faith shows what their saintly earthly lives were like here. You can feel their pain, sufferings and material lack as you ponder that passage. The overcomers persevered to the end through much misery. They held on and kept their lamps burning, even through severe adversity. They overcame, while others like them fell away and returned to the broad road leading to destruction. None of the ones cited in Hebrews 11:35-39 thought the Christian life was a party time. They apparently knew they would have to endure to the end to be saved, even when a barrage of horrible things happened to them, and their family members. They held on. They were destitute, persecuted and mistreated, as they lived their holy and separated lives from the world. The world was not worthy of their godly presence, and persecuted them because they were different in a holy and truth honoring way. They were not of this world and the world was bothered by their God-honoring presence and didn’t want them around. The faithful learned to stand alone. That is the vital issue about commendable faith, not faith for miracles (though God still performs miracles today). Those godly people experienced violent deaths, lack of resources, unjust treatment and miserable earthly lives because of their commendable strong faith in JESUS! That fact is a death blow to the church people deceived by the faith movement, who wrongly think a strong faith can prevent problems, sickness, material lack and even persecutions.

The real people of God, commended for their faith, are NOT like the ones professing such today and living luxuriously and receiving the acceptance of the world around them. The real servants of God, still on the road to life, are few in number and have been through shocking and painfully perplexing circumstances, if saved very long. They found the hidden treasure and pearl of great price and kept pressing on through persecution. Better days are ahead for the faithful and they know it. One day everything will be changed for the better. God will wipe all their tears away, while the vast majority, the ones who perish, are weeping and gnashing their teeth in unquenchable fire. The stakes could not be higher. We are battling for eternity and precious souls hang in the balance, including yours. We have victory in Jesus and nowhere else. He has the words of eternal life. If you disown him, he’ll disown you (Mt. 10:33). Do you have a commendable faith in that Jesus? It’s vital. Grace and peace to you from God our Father and the Lord Jesus Christ.

This entry was posted in Christian, Commended For Their Faith and tagged affliction, commendable faith, overcoming faith, persecution. Bookmark the permalink.