Die The Death Of The Righteous

Balaam is a strange and mysterious character of the Old Testament, who is also mentioned in unfavorable ways in the New Testament. His ultimate downfall was money, but his desire at one point was most commendable. He wanted to die the death of the righteous: 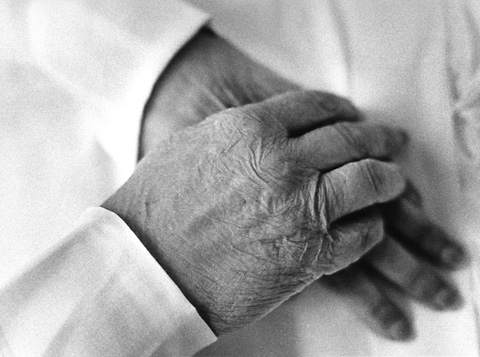 Who can count the dust of Jacob or number the fourth part of Israel? Let me die the death of the righteous, and may my end be like theirs! (Num 23:10)

Though Balaam sold out to Balak for money, his desire at the point of Numbers 23:10 is most commendable. His desire then should be the goal of all the God fearing today! To die the death of the righteous is NOT a guarantee. Many who profess to have eternal life today are not even where Balaam was at that point! Why? Because the vast majority of professing Christians in our hour have been duped by the once saved always saved teachers (like Joseph Prince, John MacArthur and a host of others) and now think if they were ever saved they will definitely die the death of the righteous because of imputed righteousness and eternal security. Here is what they said respectively:

When you become a Christian, God covers you with the canopy of Christ’s absolute holiness. From that moment throughout eternity, whenever God looks at you, He sees the righteousness of Christ. (John MacArthur, Standing Strong, 2006 ed., p. 100, emphasis mine)

When God looks at you, all He sees is the blood of Jesus that makes you completely righteous. (Joseph Prince, Destined To Reign, 2007, p. 251, emphasis mine)

One’s righteous standing before God can change for the worse. A righteous man can turn to evil and die spiritually because of it! That is another way of saying a backslider is on the road to hell again and in need of repentance. Such is shown in different ways and by different NT teachers, including Peter who gave us the following:

If they have escaped the corruption of the world by knowing our Lord and Savior Jesus Christ and are again entangled in it and overcome, they are worse off at the end than they were at the beginning. It would have been better for them not to have known the way of righteousness, than to have known it and then to turn their backs on the sacred command that was passed on to them. Of them the proverbs are true: “A dog returns to its vomit,” and, “A sow that is washed goes back to her wallowing in the mud.” (2 Pet 2:20-22)

After getting born again, one’s spiritual clothing can become soiled reflecting their unworthiness of the Savior. In fact, that very thing happened to the majority in one Asian church group:

Yet you have a few people in Sardis who have not soiled their clothes. They will walk with me, dressed in white, for they are worthy. (Rev 3:4)

We must finish our race to be an overcomer. We must endure to the end to be saved (Mt. 10:22). We must hold on to what we have so no man will take our crown (Rev. 3:11). To die the death of the righteous will mean one will go to eternal life, instead of eternal punishment where the unrighteous will go:

Then they will go away to eternal punishment, but the righteous to eternal life. (Mat 25:46)

If you are a true Christian now, to die the death of the righteous should be your primary personal goal, but it is not guaranteed! Do NOT be deceived.

Evangelical brother Dan Corner is a Bible holiness preacher, teacher and soul winner. Most importantly he is a Christian and former Roman Catholic.
View all posts by Dan Corner →
This entry was posted in Die The Death Of The Righteous, False Teachers, Once Saved Always Saved, Righteousness and tagged balaam, destined to reign, die the death of the righteous, imputed righteousness, john macarthur, righteous, righteousness. Bookmark the permalink.