The Queen of Heaven is Biblical as…

Is there a real female goddess—maybe even one who has cohabited with God the Father and produced billions of spirit children, as Mormonism teaches? If there is a Mormon God the Mother like that, then wouldn’t she also be Queen of Heaven? 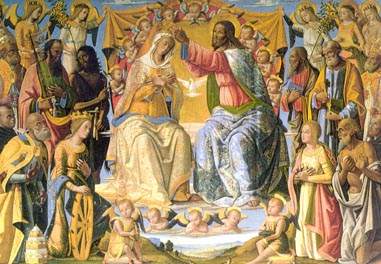 Don’t the Catholics call their fabricated Mary, Queen of Heaven and teach she is co-reigning from the throne in heaven with Jesus? Don’t witches worship a female goddess? Finally, don’t some modern Bible translations like the Inclusive Version and Today’s New International Version gender neutralize the Bible – removing the masculinity of God and implying the possibility of a female deity and again a possible Queen of Heaven?

What a shock it is to learn that the term Queen of Heaven is actually cited in the Bible! However, such is never used in a good way! It is mentioned like Aaron’s golden calf (Ex. 32), which stumbled the Israelites into idolatry.

The Queen of Heaven in Jeremiah

Do you not see what they are doing in the towns of Judah and in the streets of Jerusalem? The children gather wood, the fathers light the fire, and the women knead the dough and make cakes of bread for the Queen of Heaven. They pour out drink offerings to other gods to provoke me to anger. But am I the one they are provoking? declares the LORD. Are they not rather harming themselves, to their own shame? (Jer 7:17-19)

The term Queen of Heaven is found in the Bible, but certainly not in a way which is favorable. Just on that basis alone, the Queen of Heaven is shown to be a pagan goddess and stumbling stone for the Israelites. That passage should also be enough to cause Mormons, Catholics and others to consider the possibility of lethal error in their theology!

The Queen of Heaven Test

If you don’t stick close to the Bible you will be deceived. The following event is proof that one can NOT gauge the correctness of a past act on the basis of how things are in the natural. The Israelite women, in Jeremiah’s day, formerly turned away from committing idolatry with the Queen of Heaven, but went back into sin again because events in the natural got worse:

In their case, they were still suffering under sword and famine because of their past wicked and detestable actions (Jer. 44:22)! To obey God is always the right action, regardless the repercussions. The test of this life centers around that.

More Truth About The Queen of Heaven

To believe in any female figure called the Queen of Heaven, or likened to such, is spiritual ignorance. 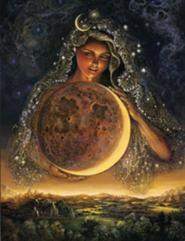 The Bible is very clear that God is masculine and there is no female goddess with him. The most detailed account of Heaven is found in Revelation. There we do read of a queen, but not as some might think:

Give her as much torture and grief as the glory and luxury she gave herself. In her heart she boasts, “I sit as queen; I am not a widow, and I will never mourn.” (Rev 18:7)

The context shows that verse refers to Babylon the Great! So, there is no Biblical evidence of a Queen of Heaven in a good sense, but only in an idolatrous sense. It is also fitting that the Catholic Church would adopt that same title for their fabricated Mary, whom they teach as sinless, ever virgin, co-redeemer, mother of God, mother of the Church, etc. With their mythical Queen of Heaven, the Lord Jesus has a serious rival, who in some cases is actually superior to him! The real mother of Jesus, was blessed, but she certainly is NOT our refuge nor the way to God, as Roman Catholicism proclaims through their endorsement of the Fatima Marian visions! To believe in the mythical Queen of Heaven presented by Mormonism and/or Catholicism shows you have also been religiously deceived about eternal life too! See LDS Counterfeit Eternal Life and Eternal Life and Catholicism. The truth is eternal life is a present tense instant possession (Jn. 6:47; 1 John 5:12), but only for those who have the Biblical Jesus of Nazareth as their personal Lord and Savior. Jesus has the words of eternal life (John 6:68) and, among other things, stated that eternal life is given in the age to come (Mark 10:30)! Unashamedly follow Jesus here and now to be his sheep (Jn. 10:27). If you are a Christian now, keep sowing to please the Spirit and don’t give up to reap eternal life (Gal. 6:8,9). God bless you.

Evangelical brother Dan Corner is a Bible holiness preacher, teacher and soul winner. Most importantly he is a Christian and former Roman Catholic.
View all posts by Dan Corner →
This entry was posted in Catholicism, Queen Of Heaven and tagged God the mother, mary goddess, mormon goddess, pagan god, pagan goddess, queen of heaven, wiccan, witch. Bookmark the permalink.