Save Yourselves To Get Eternal Life

Unless you read the Bible for yourself, you will NEVER come into contact with certain truths of God. Some are so foreign to how many religiously think, that when those truths are discovered they seem like they should not belong in the Bible! The reason for that is the flood of FALSE DOCTRINES we have been suffering under. The multitude of spiritual wolves behind the pulpits, on the radio and TV who have distorted God’s word in various ways and for so long have adversely affected most people who believe the Bible. Especially that would include the ones teaching Calvinism, who believe God alone, apart from man’s free will, chooses the elect — those who come to eternal life and overlooks those who will not (the non elect). The theology of such people can NOT allow them to preach like the Apostle Peter, who told a whole group to save yourselves:

With many other words he warned them; and he pleaded with them, “Save yourselves from this corrupt generation.” (Acts 2:40) 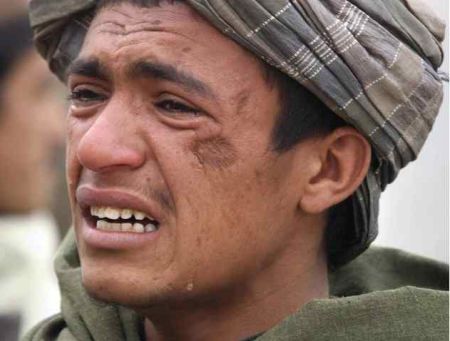 Acts 2:40 is a mega shock to the Calvinists like Luke 11:27,28 are to a Catholic! Clearly, Peter was NOT like the counterfeit grace teachers of our DARK hour. He believed man does have a role in his own salvation and there was something each person needed to do for himself to be saved. That is why he taught save yourselves from this corrupt generation! Peter, whom the Catholics wrongly think was the first pope, is also in direct opposition to the predominant view of saving grace, as well as the general meaning of believe as in John 3:16; etc. The truth is, the belief that we need in order to live forever is the belief in Jesus which obeys. Furthermore, saving grace is NOT unmerited favor. If it was unmerited favor then all would get it including the proud, but God clearly resists the proud. He gives grace to the humble (James 4:6; 1 Pet. 5:5).

To get a warning about a valid danger could make all the difference in one’s future. Though it isn’t clearly mentioned, he probably warned the people about hell. Hence, he told them to save yourselves. His seriousness, without the slightest hint of joking around, emanates from his recorded salvation sermon. That is the proper way the word of God is to be given to others (Titus 2:8). This is deadly serious and people without salvation are in the GREATEST DANGER THAT EXISTS. They need warned and in the proper way.

Peter Pleaded With The People

Peter loved the lost and earnestly wanted them to come to what he knew was real – eternal life. That love of God shed abroad in his heart (Rom. 5:5) was manifested by declaring the gospel. For the lost it manifested in giving them the most valuable bit of information they could ever hear – the gospel of the Lord Jesus Christ. From that sermon which Peter preached with his warning and pleadings, thousands came to salvation that day. The same is true today when the pure gospel is heard and received. Instant salvation is available for all who will repent and place a faith in Jesus which will follow him. One day the party of this life will be over for the lost, but for the overcomers the party will just begin! Chose you this day whom you will serve (Josh 24:15). As Peter taught, it is your choice. BTW, later in Peter’s ministry he wrote his first epistle. In it he said:

Now that you have purified yourselves by obeying the truth so that you have sincere love for your brothers, love one another deeply, from the heart. (1 Pet 1:22)

Peter was not like the Calvinists! John Calvin’s election is NOT Biblical.

This entry was posted in Calvinism, Save Yourselves To Get Eternal Life and tagged calvinism is wrong, free will in salvation, greatest danger, refute calvinism, salvation sermon in bible, save yourselves, warn the wicked, warnings. Bookmark the permalink.