Simon the sorcerer (or Simon Magus) is the typical label placed on Simon from Samaria, who came to saving faith during the ministry of Phillip, the evangelist. While it is true that Simon was a sorcerer when Philip first arrived in Samaria, it is also true that he came to a saving faith just like many others in that city did through the preaching of Philip! 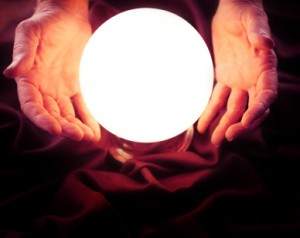 Though that truth about his initial salvation is rejected by many in our day, it is still clearly stated:

But when they believed Philip as he preached the good news of the kingdom of God and the name of Jesus Christ, they were baptized, both men and women. Simon himself believed and was baptized. And he followed Philip everywhere, astonished by the great signs and miracles he saw. (Acts 8:12,13)

Simon the sorcerer believed too, that is, he came to salvation from Philip’s preaching! His faith was the same kind of faith the others had who also accepted the word of God (Acts 8:14). The Greek word for believed in verse 12 is exactly the same as in verse 13, which Simon had. Also, Simon’s faith, like the others, enabled him to be water baptized as a Christian. Apparently, Philip saw observable evidence of Simon’s repentance and faith in Jesus.

When the good news of the many conversions from Samaria arrived in Jerusalem, Peter and John were sent there so the new Christians would receive the [baptism of] the Holy Spirit through the laying on of the apostle’s hands (Acts 8:14-18). What Simon observed at that point and offered the apostles, led up to him getting a stiff rebuke from Peter:

When Simon saw that the Spirit was given at the laying on of the apostles’ hands, he offered them money and said, “Give me also this ability so that everyone on whom I lay my hands may receive the Holy Spirit.” Peter answered: “May your money perish with you, because you thought you could buy the gift of God with money! You have no part or share in this ministry, because your heart is not right before God. Repent of this wickedness and pray to the Lord. Perhaps he will forgive you for having such a thought in your heart. For I see that you are full of bitterness and captive to sin.” Then Simon answered, “Pray to the Lord for me so that nothing you have said may happen to me.” (Acts 8:18-24)

Simony is the act of trying to buy a church office with money and got its name from what Simon tried to do with Peter and John! Simon’s monetary offer was proof that his heart, at that point, was not right with God. It must be noted that though his heart wasn’t right with God at that point, that doesn’t mean it wasn’t previously right, because it was! Remember, Simon believed and was Christian baptized like the others in that city. What happened to Simon afterwards is clear proof that:

Peter minced no words with Simon! Among other things he said, “May your money perish with you.”  Peter believed Simon was in a perishable spiritual condition at that moment. In other words, Simon was no longer saved and that was apparent to Peter from his desire to buy with money that same spiritual ability Peter and John had. NOTE: Peter didn’t consider Simon a mere carnal Christian! Simon had lost his salvation [died spiritually] at that point and it was evident to Peter.

How To Help A  Backslider

Peter’s answer to Simon is sound advice on how to help a backslider return to God. That advice was:

Repent of this wickedness and pray to the Lord.

The Bible remains silent if Simon ever did or didn’t regain salvation. For people in our day to depart from the Bible to some outside source to learn more about Simon is risky and invalid for Christian teaching (2 Tim. 3:16,17). Hence, we don’t know if Simon ever got saved again or not.

Before Philip arrived in Samaria, Simon was the main religious attraction, but that quickly shifted to Philip because of the miracles he performed and the powerful holiness preaching he delivered:

Now for some time a man named Simon had practiced sorcery in the city and amazed all the people of Samaria. He boasted that he was someone great, and all the people, both high and low, gave him their attention and exclaimed, “This man is the divine power known as the Great Power.” They followed him because he had amazed them for a long time with his magic. But when they believed Philip as he preached the good news of the kingdom of God and the name of Jesus Christ, they were baptized, both men and women. (Acts 8:9-12)

Philip never had the spiritual ability that Peter and John had to lay hands on the Christians for them to receive the Holy Spirit. Hence, if Simon could get the apostle’s ability, he would again have the people’s attention, which he no longer had. He consequently offered the apostle’s money for it and Peter’s rebuke followed. To address Simon, as Simon the sorcerer, is not accurate, unless one is referring only to the time before he came to a saving faith and eternal life.