The Unnamed and Unknown Soldiers of Jesus Christ

Since the vast majority of us Christians are unnamed and unknown soldiers of Jesus Christ, this teaching should be a blessing and encouragement to know that there have been many others, like us, whom God used mightily. 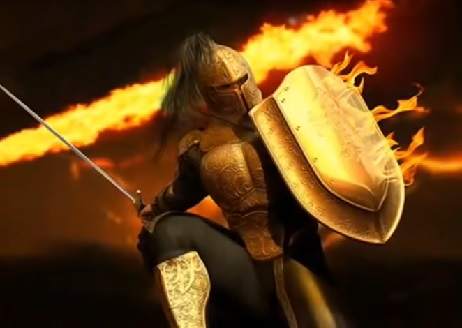 Writing to Timothy, Paul used the term good soldier of Christ Jesus for the Christian:

Endure hardship with us like a good soldier of Christ Jesus.  (2 Tim 2:3)

Christian, did you know you are at war? Christians are called to endure hardship like a good soldier of Jesus Christ in our battle for God’s truth and souls. Be assured hardships come to all as we battle on as soldiers, but also be encouraged they are all temporary and fleeting.

The Unknown and Unnamed Who Went To Antioch

After the martyrdom of Stephen, all the Christians, except the apostles left Jerusalem (Acts 8:1):

Those who had been scattered preached the word wherever they went. (Acts 8:4)

Those scattered Christians, women included, witnessed for Jesus and were not ashamed of the gospel as they preached the word wherever they went (Acts 8:4). Besides these Christians, there were, however, some unknown and unnamed men who were exceptionally used by God. They went to Antioch:

Some of them, however, men from Cyprus and Cyrene, went to Antioch and began to speak to Greeks also, telling them the good news about the Lord Jesus. The Lord’s hand was with them, and a great number of people believed and turned to the Lord. News of this reached the ears of the church at Jerusalem, and they sent Barnabas to Antioch. (Acts 11:20-22)

Many came to salvation by them telling the good news about the Lord Jesus Christ. That is wonderful, but there is even more. The church at Antioch turned out to be the second most important congregation back then, after the Jerusalem church. Again, it was a large church that was founded by the unknown and unnamed soldiers of Jesus Christ, who verbally spoke out the good news about the Lord Jesus. Among other things:

Since there are two cities named Antioch in Acts, please know the one in Acts 11:20-22 was in Syria. The other Antioch is in Pisidia, where we first read of it in Acts 13:14,15.

The Unnamed Examples of The Faith

These unnamed and unknown examples of the faith were not known for their mighty miracles or miraculous blessings they themselves received, but for their endurance through adverse painful circumstances. The world hated and persecuted the following unnamed examples of faith, but the truth is the world was not worthy of them:

Others were tortured and refused to be released, so that they might gain a better resurrection. Some faced jeers and flogging, while still others were chained and put in prison. They were stoned; they were sawed in two; they were put to death by the sword. They went about in sheepskins and goatskins, destitute, persecuted and mistreated– the world was not worthy of them. They wandered in deserts and mountains, and in caves and holes in the ground. These were all commended for their faith, yet none of them received what had been promised. (Heb 11:35-39)

Imagine living your earthly life like that. Those men and women endured sufferings and hardships we can’t begin to know. They persevered through incredible adversity, including torture and refused to be released. Imagine that.

These examples of the faith were cited to encourage the Hebrew Christians and to warn them not to revert back to Judaism. To be saved Christians, must hold firm to the end:

We have come to share in Christ IF we hold firmly till the end the confidence we had at first. (Heb 3:14)

The Hebrew Christians started strong, but were weakening and were encouraged what to do and what not to do:

Therefore, strengthen your feeble arms and weak knees. Make level paths for your feet, so that the lame may not be disabled, but rather healed. Make every effort to live in peace with all men and to be holy; without holiness no one will see the Lord. (Heb 12:12-14)

You sympathized with those in prison and joyfully accepted the confiscation of your property, because you knew that you yourselves had better and lasting possessions. So do not throw away your confidence; it will be richly rewarded. You need to PERSEVERE so that when you have done the will of God, you will receive what he has promised. (Heb 10:34-36)

These unnamed and unknown examples of the faith, cited in Heb. 11:35-39, though they never received what had been promised and even though they suffered greatly in order to persevere to the end to be saved, they were cited as the great examples and models of the faith for the Hebrew Christians to follow.

Sadly, some of the Hebrew Christians had given up and returned to the synagogues. To do so they had to commit eternal sin and, therefore, couldn’t come back to God through repentance (Heb. 6:4-6), while all other backsliders can return to God through repentance. Obviously, that was a concern of the Holy Spirit inspired unnamed writer of Hebrews. He didn’t want other Christians to make that same fatal mistake.

The Unnamed and Unknown Loyal Yokefellow

In contrast to the apostates just referred to, we have loyal yokefellow. In this case, the term yokefollow means a companion in the work of the Lord.

Yes, and I ask you, loyal yokefellow, help these women who have contended at my side in the cause of the gospel, along with Clement and the rest of my fellow workers, whose names are in the book of life. (Phil 4:3)

The request was for loyal yokefellow to help these women who have contended at Paul’s side in the cause of the gospel…. Even those women are unknown and unnamed before man, but not unknown before God.

The Unknown and Unnamed Who Were An Honor To Christ

As for Titus, he is my partner and fellow worker among you; as for our brothers, they are representatives of the churches and an honor to Christ. (2 Cor 8:23)

To be an honor to Christ is one of the greatest accomplishments any Christian could ever achieve. We don’t know who those brothers were, but they surely were walking holy and obediently doing the will of God. They were standing for and with the truth of God, as written in the scriptures. Our world desperately needs people like those unnamed and unknown Christians, who were an honor to Christ.

On the other hand, because they were an honor to Christ, they were the smell of death to the lost (2 Cor. 2:15,16). They were unjustly hated by the world (Jn. 15:19), but were the beloved of God (Rom. 1:7). So, what does it really matter if the world hates us, if we have the Lord Jesus Christ. JESUS is the victory and our eternal future, even if we remain a hated, unnamed and unknown soldier of Jesus Christ. Such would be included in the righteous sufferings of a Christian (Phil. 1:29,30; Rom. 8:18; etc.).

These Unnamed and Unknown Who Were Once Christians

Sadly, these unnamed and unknown are an exception to this list. They were once soldiers of Jesus Christ too. Paul wrote:

The goal of this command is love, which comes from a pure heart and a good conscience and a sincere faith. Some have wandered away from these and turned to meaningless talk. They want to be teachers of the law, but they do not know what they are talking about or what they so confidently affirm. (1 Tim 1:5-7)

The marks of true regeneration are cited as a:

Those backsliders once had what Paul stated he had, as he wrote 1 Timothy. In other words, they were once living holy with a pure heart, good conscience and sincere faith. They once had salvation through the Lord Jesus Christ. What a tragedy to lose that. Folks, spiritual growth is not guaranteed, as we see with them and others. Furthermore, those previous Christians became false teachers and a danger to other Christians.

Paul didn’t name those apostates, as he did Hymenaeus and Philetus, who had also wandered away from the truth (2 Tim 2:17,18). Since horrible spiritual tragedies happened in the days of the apostles, when the bible was being written, they surely are happening now. Christians, carefully guard your heart. Hold on to what you have so no man will take your crown (Rev. 3:11; 2:25; 1 Cor. 15:2; Heb. 3:14; 3:6; etc.). That is all under grace.