The Wiles Of The Devil – Exorcism

The Bible speaks of the wiles of the devil showing the enemy of our soul is very crafty and scheming (Eph. 6:11)! 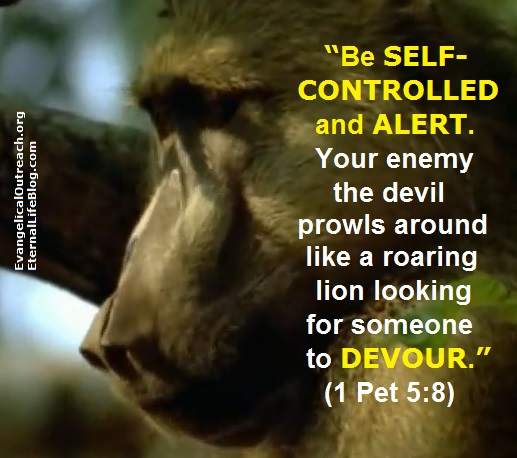 Because of his deceitful abilities, Christians are told to put on the whole armor of God to stand against them! NOTE: YOU will need the whole armor or the devil will take you down!  Don’t ever underestimate the devil’s ardent desires to see YOU spiritually destroyed. His intentions are to deceive and lure you away from God through false religious concepts and/or sin. He is watching and waiting to tempt you.

One way the devil has been and is doing his crafty scheming to lethally deceive is through religious deceptions with exorcisms! Specifically, I’m referring to a Catholic priest or even the top Vatican exorcist himself, who uses their holy water and a crucifix (or cross) to drive out a demon with a mixture of a prayer to Mary or rosary! Catholic leaders have even used their Eucharist at times in exorcisms!

The impression one would naturally get by observing such an exorcism in Catholicism is that the Catholic priests, and Catholicism itself, are true to God with supernatural power to even drive out demons. What a shock it is to learn Catholicism and their priests do NOT represent the truth of God, nor do they have supernatural power from God for anything, including exorcisms, but especially lack power to forgive sins, which they claim to be able to do.

Here Is Proof That A Catholic Priest Can NOT Forgive Sins

The counterfeit gospel proclaimed by Catholicism is a powerless sacramental and Marian one, which takes the vital focus off of and away from the Lord Jesus exclusively. Hence, Catholicism remains a Christian counterfeit, even though real exorcisms can be carried on at times! That is where the wily adversary of our souls comes into play. Let me explain an example of how that is possible.

Since the devil and demons are partners working in harmony to spiritually destroy, why wouldn’t the demons within a person vacate during a Catholic exorcism to give the deceptive impression that they were forced out by God’s power channeled through the Catholic priests with their holy water, prayers to Mary etc.? That would be a very cleaver, even brilliant way for the devil to deceive people not acquainted with the biblical message. That is exactly what occurs! If you are interested, one bit of supporting evidence is the following short video showing a Catholic exorcism.  (At 6 minutes in the video, the subject changes to the so-called recording of screams from hell. Sorry. Hence, only the first 6 minutes is relevant for this subject and you can stop there, if you want.)

The Unsaved Can Cast Out Demons

NOTE: Let it also be noted that the bible actually teaches that unsaved people can cast out demons! That is exactly what the seven sons of Sceva were doing at one point (Acts 19:13) and the same is suggested at Mt. 7:22!

Remember, the devil is real and he is NOT in the lake of fire yet! He is now prowling around throughout the whole earth seeking to DEVOUR the saints (1 Pet. 5:8). [He already has the non-Christians and they are his unknowing servants!] To gain victory over the devil you will have to be self controlled and alert, according to that passage. IF that doesn’t describe you, you better change immediate or you will remain just another casualty because of the wiles of the devil.

This entry was posted in Devil, The Wiles Of The Devil - Exorcism and tagged cast out demons, catholic priest, demons, exorcism, holy water, Mary, wiles of the devil. Bookmark the permalink.