The ET Gospel According To Erich Von Daniken

Our world is filled with strange ideas and peculiar people, who invariably, in one way or another, have attacked the Biblical message. One such person is Erich Von Däniken. 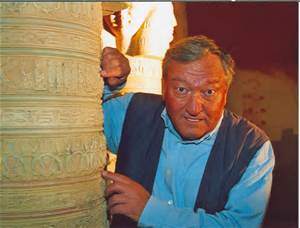 Shockingly, Erich Von Däniken has written various books related to UFOs and aliens, with a total distribution of 63 million copies being translated into 28 languages! His attacks on the Bible have been indirect, but still a serious assault. He refers to scripture at times, but wrenches the verse(s) out of context to fit his strange ET theories. One can only wonder how many people have been spiritually hurt by Erich Von Däniken’s convoluted scripture twisting. Listen for yourself to the two following MP3 audio excerpts from the Russell Scott Show, as Erich Von Däniken shares his outlandish teachings and ET gospel:

[Russel Scott] It is my understanding that you believe that the DNA of the human species was altered by ETs. 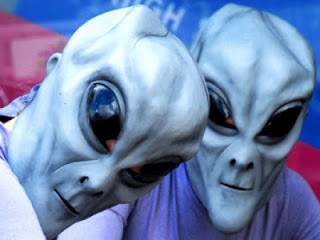 [Russel Scott] Now there is a lot of concern today about GMO foods, but you are saying we are in fact GMO people.

[Erich Von Däniken] Well, you see I have the knowledge of antique books. Now, everyone in our society who is educated as a Christian knows the Bible. And in the Bible, at the beginning, Moses 1:6, they say when the sons of the gods saw that the daughters of the humans were beauty they took them to wife. That is one statement. So you ask, Which sons of the gods? There are no sons of the gods. Some of them call it fallen angels. Now, I know the book of Enoch. Enoch was a prophet before the Great Flood and Enoch was in contact with extraterrestrials. Of course he does not call them extraterrestrials but guardians of the sky or guardians of the heaven. And Enoch reports that 200 of these guardians of the sky had descended to earth and here they saw beautiful girls and the 200 wanted to have sex with these beautiful girls and they did it. That means extraterrestrials had the sexual contact with some of our forefathers. Now we have a lot of questions. Because normally we say extraterrestrials would look completely different to us. It would never work. For example the sexual apparatus is never the same between extraterrestrials and us. But this is possible soon [sic] as you accept the theory of panspermia. Panspermia means we are the offspring of another solar system.

Erich Von Däniken believes the Nephilim of Gen. 6:1-4 [not Moses 1:6 as he says] were produced by space aliens! He also doesn’t know angels are called sons of God in Job and Daniel (Job 1:6; 2:1; 38:7; Dan 3:25). He also cites the pseudepigrapha book of Enoch as though it was credible! Erich Von Däniken uses any source he can for his theories and will twist the wording as much as he needs to, to get his desired end result! In that way he is similar to a lot of popular religious false teachers!

[Russel Scott] If these ETs are going from one planet to the next altering DNA, affecting the natural progression of cultures, is that not cause for concern? I mean, should we not question their motives? We assume they are benevolent.

[Erich Von Däniken]: At least in the past they were not bad. They were morally nice. They were the teachers of humans. They teached [sic] us in writing, in speaking, in kind of science, in metallurgy, etc. This is handed down. We have some cases in which they were bad. For example when we read the story in the Bible of the destruction of Sodom and Gomorrah. There the LORD of the Bible destroyed the two cities of Sodom and Gomorrah because the people were bad.

Amazing, but true, Erich Von Däniken’s ET gospel has the God of the Bible consisting of both good and bad space aliens! Peter, who lived 2,000 years ago, and was much more acquainted with the books from that time frame, clearly believed otherwise. He wrote:

If he [God] condemned the cities of Sodom and Gomorrah by burning them to ashes, and made them an example of what is going to happen to the ungodly; (2 Pet 2:6)

If the God of the Bible who destroyed Sodom and Gomorrah was an example of bad aliens, then why didn’t Peter call them bad space aliens? Furthermore, it is apparent (according to Peter) that the true and living God, who destroyed Sodom and Gomorrah, is moral and will judge the ungodly like he did Sodom and Gomorrah. How could he be an example of a bad space alien, since he is moral, holy and did the just thing to destroy Sodom and Gomorrah? Erich Von Däniken and his ET gospel are not credible. Unfortunately, his books have been read by a lot of people and those UFO teachings, with a weird twist, flagrantly contradict the Bible. The belief in ETs has often dangerously conflicted with the Biblical message and Erich Von Däniken is partly responsible for that!