In 1993 Canadian Attorney Garry Hoy was 100% sure he was safe as he threw himself against the unbreakable glass on the 24th floor where he worked. 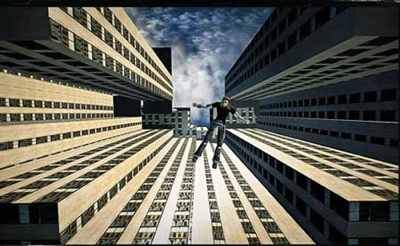 The second time Garry Hoy did it for emphasis, the window popped out of the frame and at age 38 he fell 24 floors to his unexpected death! It was a freakish and violent way to die.

Garry Hoy went to his death being partly right! The glass didn’t break, but there was another factor he didn’t consider — the frame holding the glass. That was his fatal oversight! Many professing Christians are dangerously presumptuous like Garry Hoy. They are absolutely 100% convinced God is holding them, God is keeping them and God guarantees their absolute safe arrival into his Paradise kingdom regardless how they live and what they believe since they have been regenerated. They are just as sure as Garry Hoy was that no other conditions can adversely affect their own salvation!  As Garry Hoy plunged to his death unexpectedly, multitudes of former Christians are plunging into hell anticipating an entrance into heaven! WHY? What didn’t they factor in? They overlooked free will, human responsibility and the endurance through persecution which are needed for salvation. Such is taught throughout the New Testament by the Lord Jesus and his Apostles:

Religious deceived people overlook such vital truths and focus in upon a verse like Jude 24 and the promise that God is able to keep us from falling. Garry Hoy similarly focused exclusively on the unbreakable glass only and neglected the frame holding the glass. That error was his last one! If you are a real Christian don’t overlook your own responsibilities under grace. It is spiritual suicide to do so! The danger for you is much greater than it was for Garry Hoy! Eternity is long time. Don’t be like Garry Hoy.