Among other things, the world’s spiritual forecast is an increase of wickedness (Mt. 24:12; 2 Tit. 3:13; etc.) until satan worship is worldwide (Rev. 13:4). [There definitely will be NO worldwide revival, as some teach!] 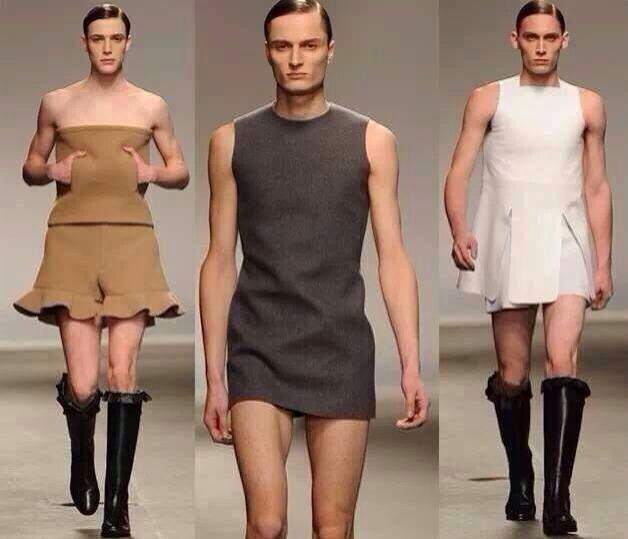 Shocking as it may be, even men’s future fashion clothing seems to be instrumental in the spread of wickedness. They are in the sights of clothing designers and such is not wholesome, as these pictures show! Men’s future fashions have homosexuality written all over them. Homosexuality in our time is spreading, just as wickedness spread from Sodom and Gomorrah to the surrounding towns:

In a similar way, Sodom and Gomorrah and the surrounding towns gave themselves up to sexual immorality and perversion. They serve as an example of those who suffer the punishment of eternal fire. (Jude 7)

NOTE: The wicked towns surrounding Sodom and Gomorrah were Admah and Zeboiim (Dt. 29:23). Though lesser known they were also sexually immoral and perverted too. 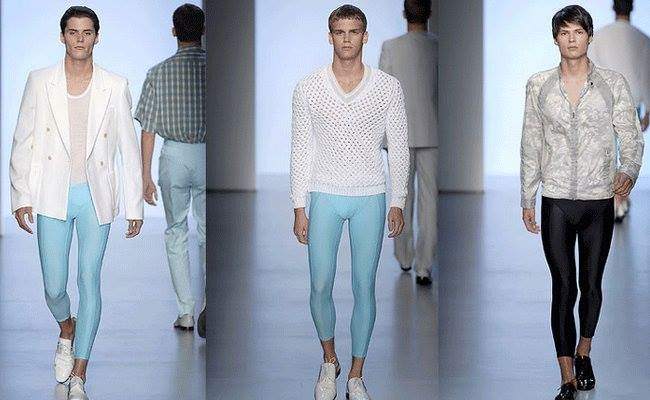 The devil has always used false teachers to spread wickedness and in our generation he has also greatly used TV.  Now he is apparently going to try to spread homosexuality through men’s fashion clothing! Remember, for a man to dress like a woman, or vice versa, is condemned in Scripture:

Do not conform any longer to the pattern of this world. (Rom 12:2)

Again, don’t allow the world, including fashion designers, to force you into their ungodly mold for anything, including how a Christian should dress. You must learn to stand alone. Remember the boy Samuel! The Bible tells us about our clothing (and hair).  Let God’s truth alone control the way you dress. If you are a man, dress manly; if you’re a woman, dress like one, but modestly. GOD BLESS YOU.